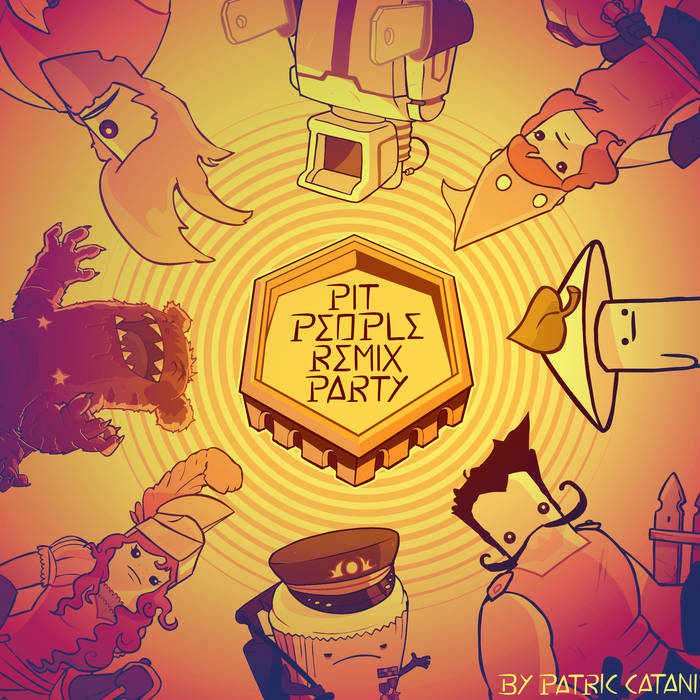 My Patric Catani for Pit People Soundtrack contribution for "The Behemoth" surely was the most extensive and complete video game collaboration I did so far. For almost a year, I played around and gathered musical influences that would underline their countless crazy characters fighting in a world that struggles with time and space confusion, caused by the green blood rain of a giant teddy bear.

Hundreds of thousands of plays and excited comments from Pit People fans around the globe showed that I was on the right track to underline the spirit of the game.

When I had an opportunity to play my game soundtracks at PaxEast Boston in 2018 and several other game music related occasions, the question for me was if I shall “only” play the original songs, or if it might make sense to stir things up once more to make the concert material more stringent and have danceable versions that could rock bigger dancefloors. I decided for option 2 and it was a truly exciting journey to explore the reign of madness again, mashing up the Pit People and BattleBlock Theater material into one big concert.

Whilst on this release you obviously find the results of all the Pit People rework, I will also put out my BattleBlock Theater remix release and a live recording of the whole concert in the near future.

Thank you all very much for your support!
Special Thanks to Maximum Guitar (Youtube.com/user/maximumguitar) for his great collaboration cover version of Goblinbling!! Make sure you check his Youtube channel!

Check out the video game by The Behemoth on Xbox / Steam: www.pitpeople.com