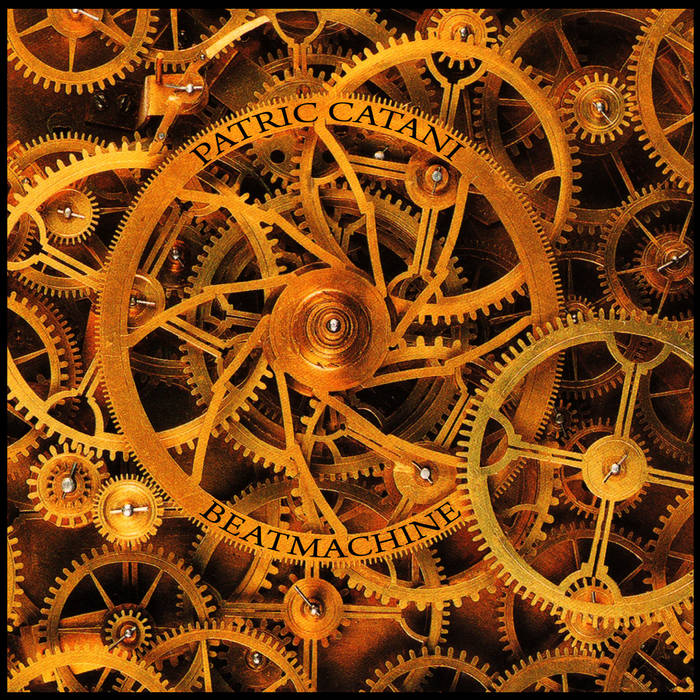 gorhgorh I move my head uncontrollably when listening to this, so I'm not sure if this is a good thing or not ... Favorite track: Devil in the Detail.

Patric Catani is known for many productions for artists and bands like Puppetmastaz, Dhirty6Cru, Max Turner, Angie Reed, EC8OR, Driver & Driver, Peaches, Chilly Gonzales on various labels such as DHR, Beat Ink, Grand Royal, Mille Plateaux, Wordsound, nevermind the countless remixes for musicians from all over the world. With Beatmachine, Catani opens up his insanely filled treasure box of beat and instrumental work produced throughout the years from 1998 to 2010.

His very early releases in the harsher field of Breakbeat, Hardcore and Gabba already came with a lot of Hip Hop and Rap influences. Well, no wonder since his music education kind of started with the first wave of sample oriented bands like i.e. Public Enemy, Beastie Boys, Bomb the Bass and KLF. Even though his EC8OR and solo LPs released on Digital Hardcore Recordings and Mille Plateaux were infused with downtempo and hip hop inspired tracks, the true ignition for rap and beatwork kicked off with the Comic Rap project “Steve Hive” ft. Paul PM that came out on Black Hoodz / Wordsound, in 1999.

While his beats continued to tour with bands like Puppetmastaz in the whole world, Catani intensified his collaborations with other musicians and MC´s. Obviously some projects more serious and fruitful than others, but generally a welcome change, and the cornerstone for a new music direction. Think Catani. Think a playful watchmaker who’s never tired to reinvent himself and scar out his very own timeless, unique Bass + Beat styles between space-dub, grime, soundtrack and RnB. And here we go, think Beatmachine, a long-play collection featuring most of his unreleased, but not necessarily unheard material. Enjoy the ride!

For synching, licensing or other use, please get in touch with Fredrik Nedelmann / Fredrik[at]Freibank.com

All music written and recorded by Patric Catani
www.patric-catani.com